Striking against a court verdict is simply ridiculous 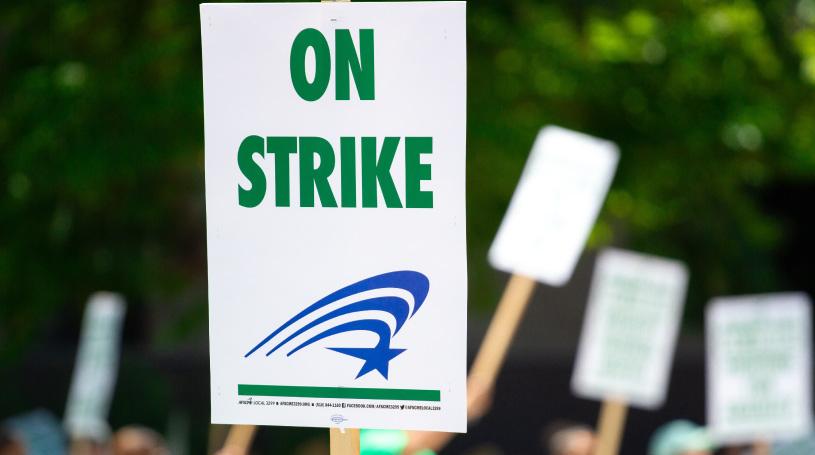 That government employees might go on strike, as some union leaders have suggested, would be as sensible now as taking aim at your foot and pulling the trigger to demonstrate your marksmanship.

A strike has been suggested following the ruling against their right to insist on a wage increase negotiated three years ago.

Would a strike somehow fill the Treasury with more money? It would not. That much is obvious to anyone with an understanding of economics - knowledge sorely lacking in this instance.

Clear as this appears to be, what remains mystifying is the thinking of the trade union leaders. Is it possible that they believe that in a time of Covid they can bully the Government into taking money from Peter to Pay Paul?

One hopes the Government will stand firm. Continuing to treat the civil service as a post-apartheid aristocracy permanently insulated from economic reality, simply cannot continue.

The unions should not persist in striking. Union members and their families will suffer as a consequence, and any residual public sympathy will also evaporate. Those on half-pay or unemployed due to Covid restrictions – an estimated 300 000 in the Western Cape alone – will take an especially dim view of demands for above-inflation increases.

There is also a historic precedent that should give the unions pause. In Brazil half the civil service staff was once sent home on half pay for the duration of an economic crisis.  It was found that the cost of running the State dropped considerably more than the money saved on salaries.

There were less unnecessary journeys in Government vehicles; fewer items of stationery left the offices every day; wear-and-tear of photocopiers and their maintenance fees were reduced; free coffee and tea costs fell; and best of all, the business of government was able to continue very much as before.

Of course, with a Covid infection spiking, the thought of a strike by government nurses would be appalling. Perhaps, trade union leaders should stop acting like a specially-privileged group.

A dose of good old-fashioned patriotism would be welcome too.