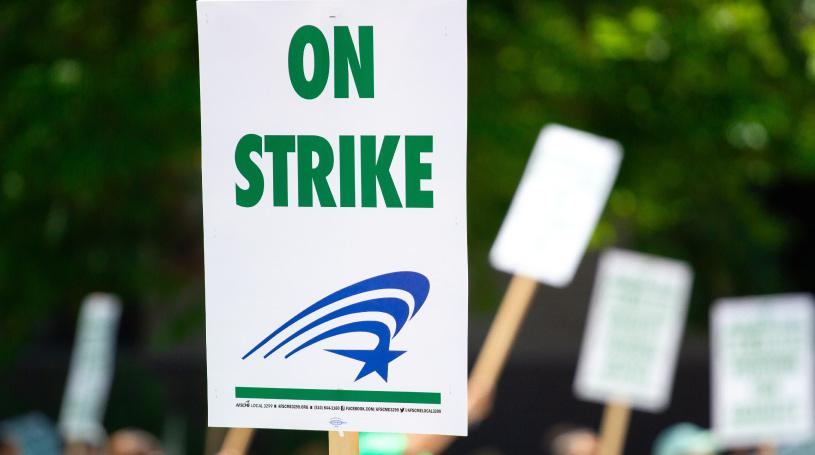 Strike action by trade unions is a solemn right in all democratic countries apart from those that describe themselves as democratic socialist republics like North Korea. South Africa, being one of the former with a Constitution and a Bill of Rights protected by an independent Constitutional Court, is rightly proud that trade union rights are thus protected.

However, strike threats can be a double-edged sword, especially when waved about without thinking as our two municipal unions appear to be doing, presumably to intimidate the SA Local Government Association (Salga) which has previously been supine when faced by union pay demands.

But times have changed. State coffers are no longer being filled so readily by the private sector – a situation of which any self-respecting trade union leader should be aware.

Not only is the economy struggling to recover from Covid lockdown regulations, all but a handful of municipalities are as near collapse as makes no difference -- both factors beg the question: “Will ratepayers suffer any greater inconvenience if municipal workers stopped work?”

Surely, union leaders are aware of the appalling state of municipal finances in the overwhelming majority of towns and villages in the country. Have they not at least tried to inform their members that there is such a situation and that it will negatively affect the ability of municipalities to pay what they are demanding?

To those employed in the private sector, the idea of getting a R4 000 (monthly) salary increase, and a R3 500 housing allowance, is the stuff of dreams, unrealistic in the cold light of the economic climate. Those paid from the public purse should take note.

Salga is digging in its heels. Its first rational response to union pay demands. It deserves praise. But should it give in, as it has in past years, the effect will be disastrous.

It will add to the financial woes of most municipalities, and those of their suppliers to whom they already owe millions. Cities will be compelled to pay the same with a negative impact on the services they provide courtesy of their ratepayers who are increasingly angry at the rates they must pay. Job losses are inevitable.

Ratepayers have been tightening their belts for years. It is time for union leaders, municipal managers, elected officials, and those they hire, to share the pain.