Celebrating SALGA in a parallel universe 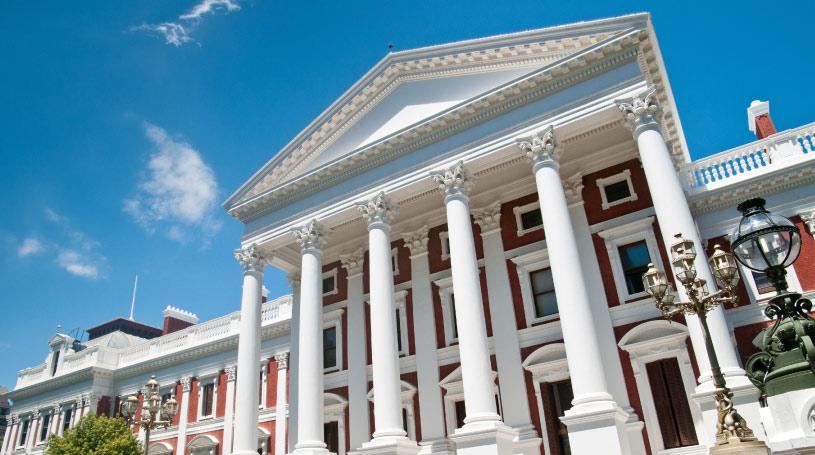 For SALGA is a Quango – a quasi-autonomous non-governmental organization. Like the civil service It depends on government funding. Everything it does is funded by taxpayers, including its two-day conferences.  Whether Salga members consider themselves servants of the public is moot.

A veritable who-is-who was there: the President, the Minister of Cooperative Governance and Traditional Affairs, Ministers and Deputy Ministers, the President of SALGA, and the association’s senior staff, MECs for Local Government, the Chairperson of the National House Mayors, Speakers and Chief whips, Councillors and traditional leaders, and a few ordinary citizens.

SALGA is 20 years old, but two decades of overseeing a collapse of local government in all but 20 of the country’s 257 municipalities, is a milestone of sorts. And milestones, even in the most troubled of marriages, need to be marked lest things get worse.

How did the President’s speechwriters handle this delicate situation? How to celebrate failure?

The answer is with euphemisms designed to soften the awful state affairs, and an opening sermon with an unspoken subtext that sinners are always welcome, if they confess their sins. There were quotes from the Good Book (The Constitution) then a solemn reading of the SALGA Mission Statement (the Creed) and then a call to reflect (Prayer).

Delegates were enjoined to reflect on progress which was difficult but there were all sorts of external factors to be considered – Covid, of course, described as “a setback for all spheres of government”, and then a series of reflections posed as questions:

Has local government been effective in overcoming the injustices of the past?

What progress have we made in improving the quality of life for our citizens through our local government structures?

All the scripted answers were positive. Local government has been a key driver of development. Progress has been substantial. The quality of life of millions of people has been improved. There are schools, libraries and clinics where there once were none. Communities have sanitation and clean drinking water. Homes have been electrified. Streets have been paved.

Bad news was voiced carefully so as not to upset. The damning reports of the Auditor-General were pointed at, but described as very serious “challenges”. Other challenges were “inherited” (nobody’s fault, then).

These inheritances were from 20 years ago, like massive backlogs in basic services, deep inequality, weak revenue bases, rising demand for services and the devolution of several new powers and functions to local government.

Many municipalities are ill-equipped to take on the responsibilities expected of them. (No fault there either).

When corruption and nepotism were mentioned they were bracketed within the euphemism of institutional weaknesses – in case anyone might have thought fingers were being pointed – and there was the cover-all “crisis of credibility”.

Nothing bad was ever anyone’s fault.

The Development Bank of Southern Africa will be an “implementing agent”.
The success of all this is promised to be greater coordination and collaboration between all spheres of government, based on the “COVID-19 experience”….

To long-suffering ratepayers it may invoke the old saying, “Fine words butter no parsnips” which means, to use a sporting analogy: More managers, coaches, water carriers and physiotherapists will not make the team play any better”.

Against the background of municipal collapse it seemed like celebrating SALGA in a parallel universe.