There Will Be Few Winners In The Public Sector Workers Strike 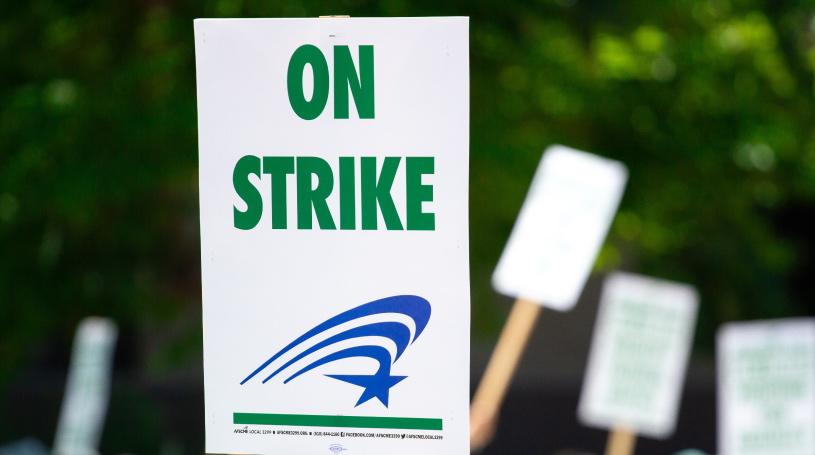 The one day strike of public sector workers, should anyone have noticed was a perfect example of poor timing on the part of union leadership, and an exercise in futility if reason prevails now that the day has come and gone.

When the Treasury is struggling to find R10 billion to bail out a failing South African Airways, and Covid-19 regulations have sliced and diced hundreds of thousands of jobs, government workers who depend on taxpayers for their wages should have thought twice before demanding more money.

Ostensibly, the aim was to force the Government to agree to an inflation –beating wage increase agreed to three years ago in a multi-year wage settlement. In other words, it was agreed to at a time when the economy, while not exactly booming, was nevertheless functioning as best it could. But it was at best a post-dated cheque, in the vain hope that the economy and tax revenues would improve by then.

In the wake of Covid, Union members and their leaders clearly needed a lesson in basic economics. If they had such common-sense instruction they would know that the State gets its money from other people, not a magic money tree.

It’s quite simple. In normal times taxes are paid by companies on their profits, and they also send the Treasury pay-as-you-earn income taxes owed by their staff. Value-added taxes flow into the Treasury from whence they are directed to the various government departments. All these taxes are the sources of the wages of public sector union members and the salaries of their union officials who take a slice for union membership.

That is how the system works in any country where private property and free enterprise is allowed or protected, as it is under our Constitution. As the business sector constantly needs to remind the public sector, commerce and industry make money, the public sector spends it.

Right now the private sector is struggling, tax receipts are therefore falling, and private sector jobs are being lost. A public sector strike can only make matters worse for everyone. If the inflation-beating salary increases are granted, it will be an empty victory at best. When the flag-waving ends and another day dawns, there will be few winners.