Never mind facts, let’s strike because we can 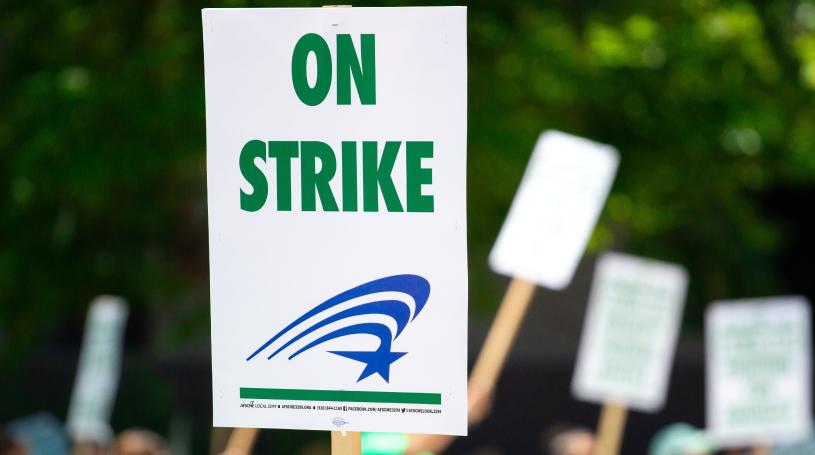 The leadership of the National Union of Metalworkers (Numsa) with a membership of  300 000 people – all with families – has declared its intention to down tools for an indefinite period from October 5th,  a decision that will directly affect more than 1.5 million people —and much more indirectly
Numsa leaders have rejected as “insulting” a wage offer of a 4.4% increase for 2021, another 0.5% plus whatever the consumer price index ( CPI) is next year, and a further 1% plus the CPI in 2023.

The last time Numsa went on strike seven years ago it cost the industry R300 million every day it lasted (the final total was R6 billion).  A roaring success, no doubt fondly remembered by union leaders.

But nobody won anything then, and no one will win anything this time if the strike goes ahead.

Most strikes by the big unions now seem to have more to do with muscle-flexing and street theatre rather than the interests of union members and their families. Union leaders nevertheless claim their members make them do it.

We have to wonder which planet the union leaders inhabit.  Do they believe in the magic money tree as their actions appear to suggest? Can they be so ignorant of the state of the economy? Do they want to see the closure of dozens of small- to- medium businesses? Don’t they care that many people will likely now lose their jobs?

It is an abdication of their responsibilities as leaders to blithely declare that “the members of the union have decided on a strike”.

That’s like the driver of a lorry refusing to apply the brakes because his passengers assure him that the sinkhole he can see ahead is a mirage.

In this instance, the workers in the back of the Numsa lorry are demanding 8% across the board now, plus another, 2% plus the CPI next year, and another 2% plus the CPI on top of that in 2023 – but even more if that figure doesn’t exceed inflation.

It looks very much like a case of yelling never mind the sinkhole ahead, let’s have a strike for the fun of it, or just because we can.