The hidden costs and motives of land invasions 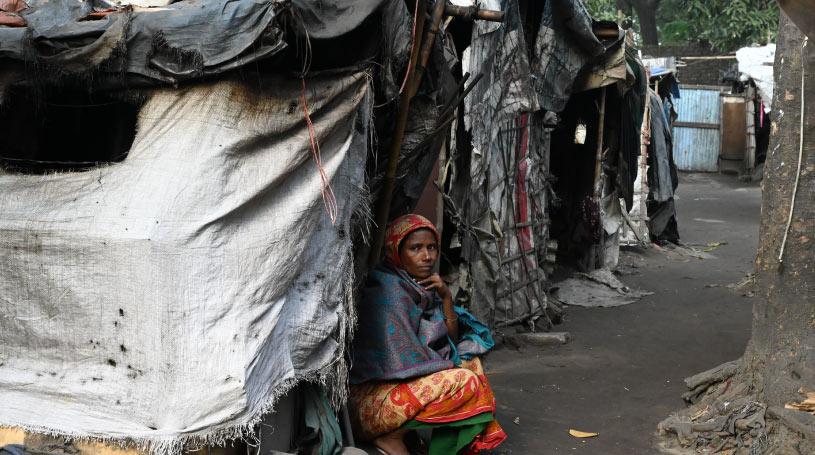 “Squatting” in plain speech and “land invasions” in the language of officialdom, has wider economic consequences that are seldom aired in the media.

Our natural human sympathy assumes that the driving motive is the need for shelter by people who have nothing and would otherwise be compelled to sleep in the open in all weathers -- a cry for help, for attention, by the dispossessed.

While this can be true and evokes much sympathy in consequence, unfortunately, there can be more to it.

The practice of squatting is common in cities everywhere. Their bright lights and promise of plenty exert a magnetic attraction for those seeking to escape from grinding poverty, or a chance to start afresh. The motives of those who move are as varied as human nature. It makes them easy prey for the unscrupulous who encourage them to settle in flood plains; lets them believe they have purchased rights to land that belongs to other people or encourages them to settle close to industrial areas where the prospect of a job seems more likely.

Where movement to the cities is a trickle, this can be handled. Where it turns into a flood as it has in Cape Town, the problems multiply.

Here, jobs are scarce, even labouring ones. Unemployment is high. Newcomers are resented, especially when they seek to jump the sub-economic housing queue; building shacks between railway lines; occupying vacant land scheduled for housing; squatting in places guaranteed to draw the swift attention of officialdom -- and even occupying new houses already allocated to those on an official waiting list.

Managing this situation costs cash. Lots of it. In seven months, according to Western Cape officials, R355-million was spent preventing more than a thousand illegal land invasions, mostly in greater Cape Town. It was money that could not be spent on formal housing planned for these sites.

So what is to be done?

Top of the list must be to reduce the inordinate amount of time it takes to build new housing – more than four years from plans to handover. This is a disgrace. It is an indictment of local by-laws. It questions the competency of officials and their application of time-consuming rules that are the joy of planners at a provincial and municipal level and the despair of professional architects and developers.

Twenty years ago the state rightly placed housing top of its priorities and successfully built thousands of homes. Today, thanks to corruption, what money there is for social housing goes less far than it once did. The demand however is greater than ever, especially in cities that have a good reputation for governance as the Mother City enjoys.

It’s time the Treasury recognized that mass movement to the cities cannot be stopped, and ensured that the housing authorities have the resources to meet it.

The true cost of time-wasting from whatever source is infinitely more than the R355 million publicly acknowledged this week by the provincial administration.

Blaming criminals for housing delays is not the whole picture. With 600 000 people on the housing waiting list in the Province, it is far more than that. It is a disgraceful blot on all planning managers

The perfect excuse for housing delays is the recent court ruling that no eviction of City-owned land may take place during the lockdown. But the pandemic will not last forever. The planners’ spare time can best be used to speed-up their decision-making.